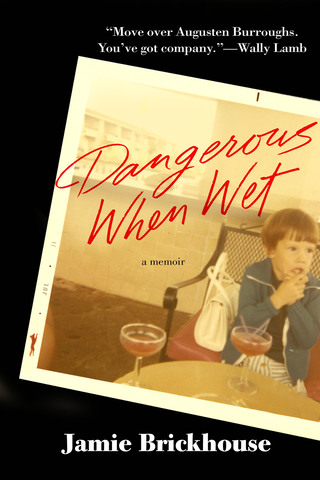 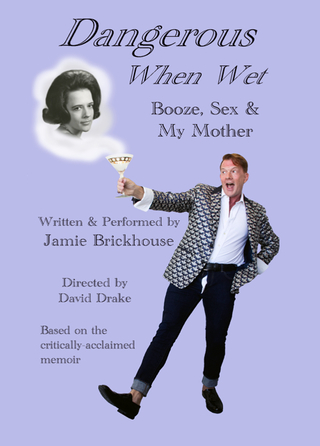 Click here to watch Dangerous When Wet, the one-man show.

Click to git yew an eBook or audiobook narrated by Jamie.

Looking for TikTok Highheeled Storyteller and Dangerous When Wet Author Jamie Brickhouse? You found him!

"The show is as stylish as his slick sport coats. . . Brickhouse is a natural raconteur whose sharp writing defines the piece. . . one of the most polished one-man shows." —Washington Post

"Brickhouse [has] a vocal range finely calibrated to the unique needs of each beat...he writes with fiendish pith." —San Francisco Chronicle

Ripped from the pages of his critically-acclaimed memoir, Dangerous When Wet is Jamie's alcoholic odyssey from small-town sissy to louche Manhattanite that's wickedly intoxicating as he hits bottom and discovers he can't escape the all-consuming love of his Texas tornado of a mother Mama Jean. A small-town Elizabeth Taylor with the split personality of Auntie Mame and Mama Rose, she never has a thought she doesn't speak. Darkly comic, it's the theater lovechild of Elaine Stritch's At Liberty and Drew Droege's Bright Colors and Bold Patterns.

Critically-Acclaimed, Award-Winning I Favor My Daddy

"[I Favor My Daddy] scores on so many levels: funny, touching, honest, insightful and most of all a wonderful entertainment."  —Charles Busch, actor, playwright & drag legend

"Brickhouse is a memorable mimic. . . the real gift of his enthralling show is its intimacy." —DC Theatre Scene (4 stars)

Jamie Brickhouse's I Favor My Daddy, which debuted with a sold out, award-winning run at FringeNYC, the New York International Fringe Festival, is the follow-up to his critically-acclaimed and award-winning solo show, Dangerous When Wet: Booze, Sex, and My Mother. That show was about Jamie's drinking and sexuality, and his Texas tornado of a mother Mama Jean. I Favor My Daddy is about Jamie's father Earl aka Daddy Poo and his drinking and sexuality. Daddy Poo adores bikinis and martinis as much as his son. An octogenarian, ribald Catholic conservative accepting of his son's homosexuality and arrested alcoholism, but is he in denial about his own? After he dies suddenly Jamie begins to realize that the constant postmortem refrain of the folks in town—"You favor your daddy,"—is true from his skin down to his marrow. Is Jamie the full-blown version of Daddy Poo?

Read more praise for Dangerous When Wet the book
Loading…}